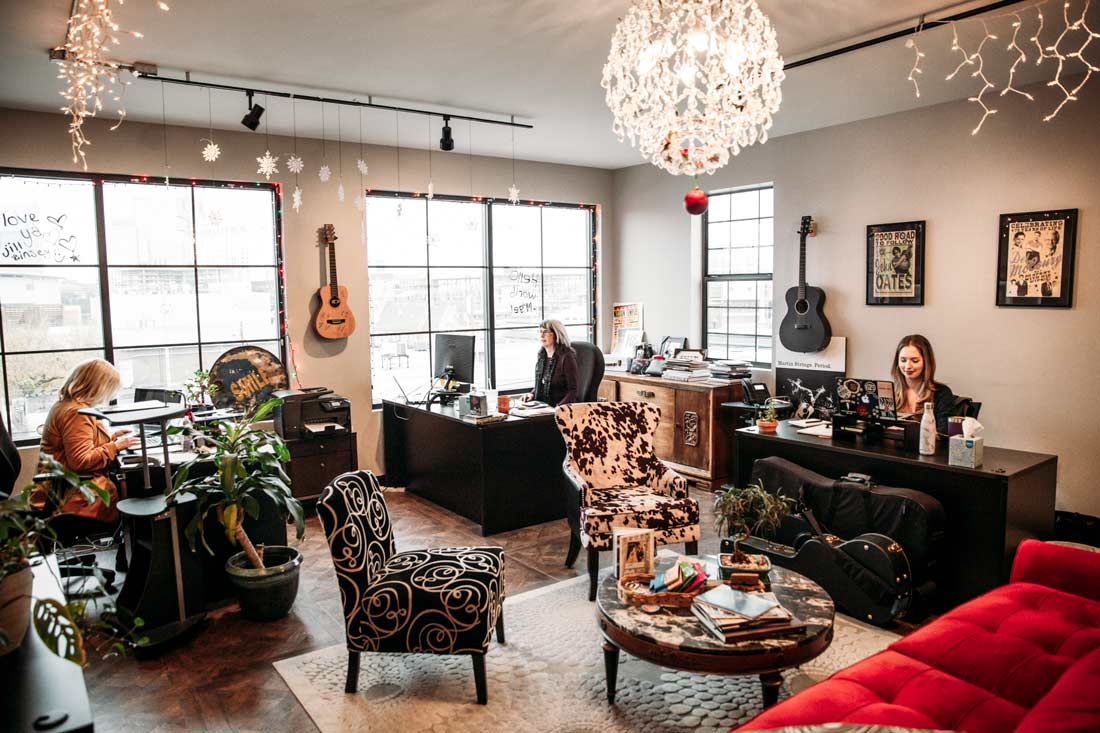 John and Kate Richardson wanted to invest early on in this new co-sharing workplace environment, and put a contract on a warehouse space in the exploding Gulch area of Nashville. Wanting to create a “Millennium Falcon” shared work/creative space for small businesses and entrepreneurs, The Richardsons needed additional information on specific renovations their building would need prior to closing. Their bank recommended that they call Conseco Group for a consultation.

When we first met with the Richardsons we brought in an architect for program analysis and design. We worked with them over the next several weeks to fit everything that they envisioned for the space to match their budget. We decided we could work within the existing framework of the building, using a pitched roof to create a second story space out of the existing attic. We also could add giant dormers to bring in natural light. All design build concepts needed to maximize the current space to ensure it would include an event area, several coworking space and conference rooms, and dedicated office suites.

With everything set to begin, the Richardsons suddenly considered dropping the project. This was a huge investment and life commitment. Conseco Group owner Phil Pace reached out to talk with them. He felt their concept was such a smart investment he would purchase the contract if they chose not to proceed. That vote of confidence was what they needed to commit and move forward.

On the day InDo Nashville opened, the Richardsons had several office spaces already leased, giving them positive equity in their pockets. A private event space overlooking downtown Nashville is available to rent for private parties and events.